SPECIAL OFFER
Price
£510 per person
Duration
6 Days
Destination
More than 1
Travellers
2+
Book this Tour
How about reliving your childhood or taking your child to their famous Disney stars? Orlando Holiday is the answer for you. Home to many world-famous theme parks - Walt Disney World Universal Studios, Islands of Adventure, with the Wizarding World of Harry Potter, Orlando Holiday is everything that a vacationer can ask for. Also, take a day off to explore the quieter side of Orlando that is laden with lovely tree-lined neighbourhoods; performing arts; well-manicured gardens, nature, cuisine and craft cocktails.

I-Drive 360, home to the Coca-Cola Orlando Eye and other attractions, now has a new 7D Dark Ride Adventure, located in the main terminal building. The eight-seat theatre has full-motion seats, offering 3D movies with interactive lights, sound and wind. Its a must try on your Orlando Holiday package.

Orlando has been named 2016’s No. 1 Most Pet-Friendly City according to WalletHub.com. The ranking was developed by comparing 100 of the largest U.S. cities in terms of 19 key metrics, ranging from minimum pet-care provider rate per visit to the number of pet businesses per capita.

Besides your close proximity to the Magic Kingdom, you’ll find enchanting shopping, dining and sightseeing. 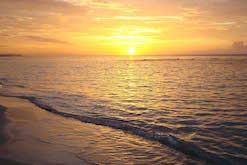 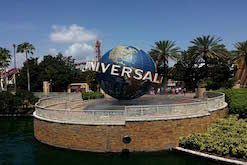