Commonly referred to as MoBay, Montego Bay is the most popular & happiest tourist destination in the world and amongst the Caribbean islands.

Here at FlightsPro, we are one of the biggest & cheapest flights & holidays suppliers for Montego Bay. 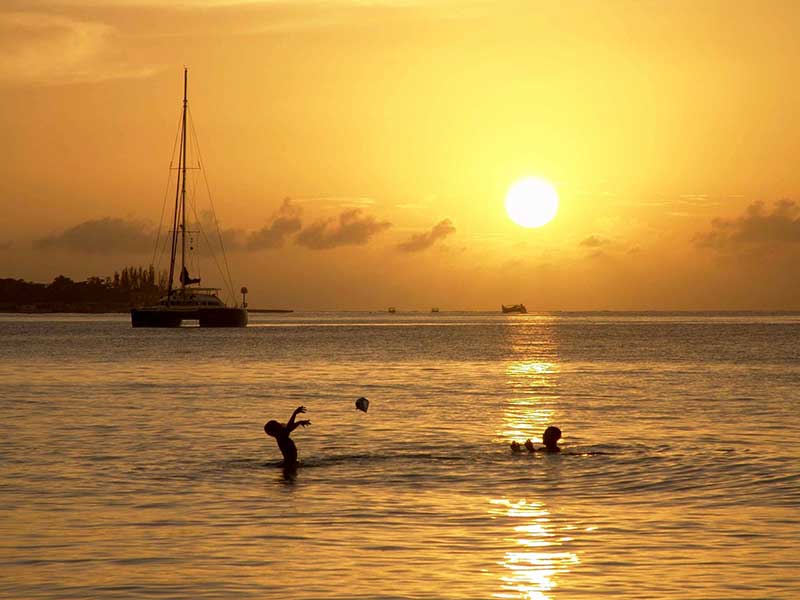 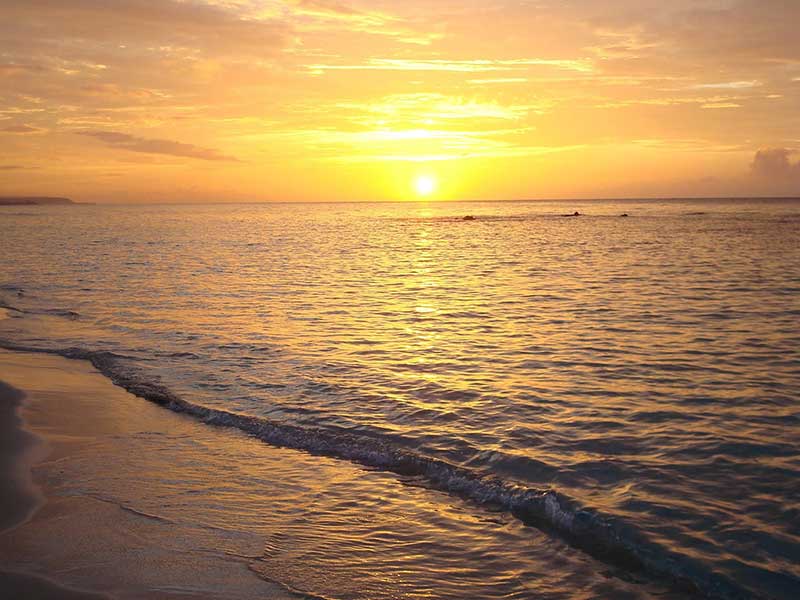 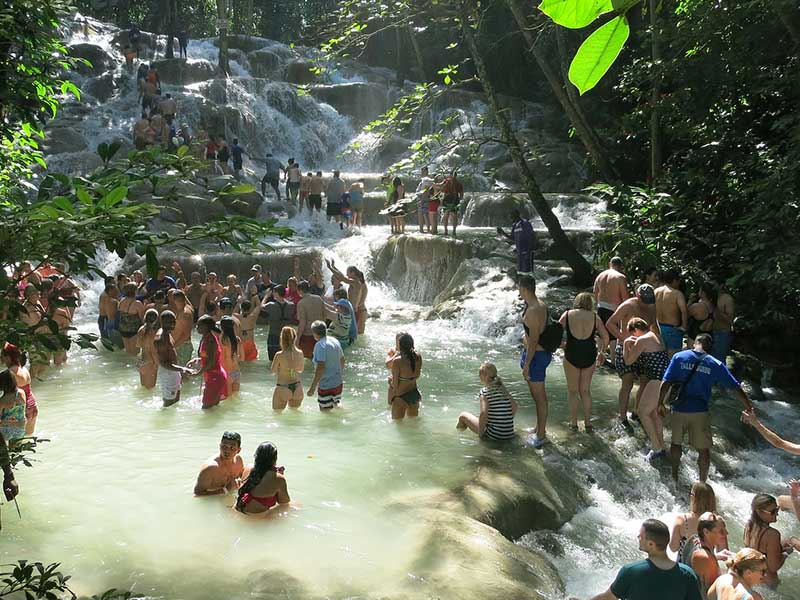 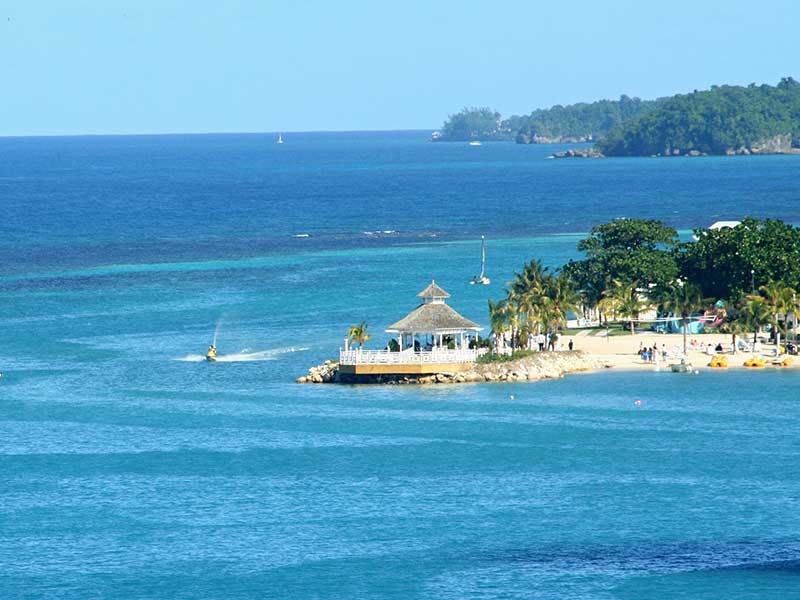 However, the flight has daily connections via Atlanta or New York with Delta Airlines & also fly from both London Gatwick & London Heathrow.

Currently Flights to Montego Bay, Jamaica has been discontinued from from London Gatwick with Virgin Atlantic but they are flying from London Heathrow.

The leading tariff on Flights to Montego Bay with Air Canada is £410 for an Economy cabin in the low season. They also have some great fares for year round with generous luggage allowance, onboard meals which fly via Toronto & Vancouver.

However, year-round prices differ from season to season. Winter Season (January to February) is usually the most expensive time to go as there is a huge number of tourists that travel to the island.

There is also an option of opting from the likes of American Airlines who offer Economy, Premium Economy & Business Class flights to Montego Bay cabins via Miami.

Virgin Atlantic is another option that you can look at that fly via New York.
United Airlines fly via Toronto, is another airline that has a very good reputation.
With all the indirect flights to Montego Bay, you can surely fly from almost every regional UK airport i.e. London Heathrow, London Gatwick, Manchester, Birmingham, Edinburgh, Glasgow, Aberdeen & Newcastle.

The nearest airport to Montego Bay is Sangster International Airport (MBJ) and it is approximately 3 miles away from the center.

Direct & Cheap Flight to Montego Bay from U.K. takes around 8-10 hours & Indirect Flights to Montego Bay takes anywhere from 14 hours plus the lay over times at the respective city.

Once you have booked your Direct & Cheap Flights to Montego Bay, make sure not to miss these amazing cultural, art and food experiences!

Doctor’s Cave Beach is the most popular beach in Jamaica. The beach earned its name when English chiropractor Sir Herbert Barker claimed the waters here had healing properties. Jamaica is blessed with nature’s bounty – plentiful lush green forests, blue mountains, islands, waterfalls, caves and caverns, and much more. Hiking Places in Jamaica is probably the best way to explore such beauties in the heart of the Caribbean.

Visit National Museum West for the history of Western Jamaica. Witness the Cohiba ceremonies of the indigenous Taínos, know about the trans-Atlantic slave trade, the advent of king sugar, Maroon rebellions, and a separate room for the rise of Rastafarianism – all in one place.

Montego Bay Marine Park & Bogue Lagoon stretches from the eastern end of the airport to the Great River, encompassing the mangroves of Bogue Lagoon and the fishing waters around Airport Point.

Dead End Beach for if you are looking for some quiet time & best things to do over the Montego Bay and meet the locals.

For the foodies, who want to take a culinary tour of Montego Bay, do try

If you have been planning your holiday to Montego Bay, then from mid-April to mid-December is the best time to get cheap flights to Montego Bay and find the best deals on the Best hotel to stay in Montego Bay. The island’s beautiful weather and white sandy beaches make way for a perfect sun & sand holiday destination in Montego Bay Jamaica.

There are plenty of other options to stay & many things to do Montego Bay. Select any one of them and don’t think twice.

Pick up the phone and book Direct & Cheap Flights to Montego Bay with us. We promise that we will get you the best price without compromising on the quality & service.

Montego Bay is definitely not a year-round holiday destination because of its Hurricane Season from August to October. Though, hotels and flights are very cheap during this time of the season.

FlightsPro.co.uk always recommends its customers to buy travel insurance if travelling to Montego Bay in Jamaica during this time of the year.

The temperature during these months ranges between 25 and 28 degree Celsius. Even though this is the busiest time of the year for Jamaica receives a lot of tourists but this is what we resolve here at FlightsPro.co.uk

Our Jamaica Travel Experts will make sure that you not only get the best cheapest Montego Bay flight ticket but a wholesome cheap Montego Bay holiday package that you won’t be able to refuse.

July to August: These two months are the hottest months of the year. So, if you are planning on visiting Jamaica during these months, make sure you book a comfortable air-conditioned stay.

March to April: Spring, as we call it, is one of the best times to be visiting Montego Bay.  For if you want to go now, call us to book a cheap hotel & cheap direct flights to Montego Bay.

As Holiday goers & Jamaican community grows in the UK, demand for Cheap flights to Montego Bay has also grown with it. Our very strong suggestion is to block your seats for the dates you want to travel well beforehand.

Here at www.FlightsPro.co.uk, we can hold Direct Cheap Flights to Montego Bay discounted flight seats free of charge for you.

*Please note that the cheapest flights fares mentioned above are based on the searches done by our FlightsPro customers and tend to change with travel time and dates.

One of the best way to fly into Montego Bay, Jamaica is to take a direct flight with Virgin Atlantic.

With sad demise of Thomas Cook TUI is the only charter flight going to Montego Bay, Jamaica.

Try https://www.flightspro.co.uk/cheap-flights-to-montego-bay.aspx. We have the best flight deals for Montego Bay, Jamaica in 2020.

Unfortunately no direct flights but you can fly with American Airlines via Miami, Air Canada via Toronto or fly with Virgin Atlantic via London Heathrow to Montego Bay from Manchester.

6. How many airports are there in Montego Bay, Jamaica?

Only one which is Sangster International Airport.

8. When is the cheapest time to fly to Montego Bay, Jamaica?

As per our knowledge March, May & September is cheapest time to fly to Montego Bay.

9. How long before a flight to Montego Bay, Jamaica should I be at the airport?

We recommend to be atleast 3 hours before the departure time.

10. When is the best time to book flights to Montego Bay, Jamaica ?

Montego Bay, Jamaica is a very loved destination and does get booked early from UK. As per our suggestion as soon as you know your travel dates – Book it !

Why Book Cheap Flights to Montego Bay Flights with Us

We have private, cheaper & trade rates for every airlines flying to Montego Bay. We offer an experienced Travel Agent to assist you with your miles, on-board meals, seats & even complimentary upgrades. Overall you get way more than booking directly with the airlines at a cheaper fares to Montego Bay.

Things Every Traveller Should Know if Travelling to Jamaica

This website uses cookies to improve your experience while you navigate through the website. Out of these cookies, the cookies that are categorized as necessary are stored on your browser as they are essential for the working of basic functionalities of the website. We also use third-party cookies that help us analyze and understand how you use this website. These cookies will be stored in your browser only with your consent. You also have the option to opt-out of these cookies. But opting out of some of these cookies may have an effect on your browsing experience.
Necessary Always Enabled
Necessary cookies are absolutely essential for the website to function properly. This category only includes cookies that ensures basic functionalities and security features of the website. These cookies do not store any personal information.
Non-necessary
Any cookies that may not be particularly necessary for the website to function and is used specifically to collect user personal data via analytics, ads, other embedded contents are termed as non-necessary cookies. It is mandatory to procure user consent prior to running these cookies on your website.
SAVE & ACCEPT
You just got £30 Off

Book your Flights now with £30 Off